What a picturesque city - even just sitting at the wharf. We toured the city with a guide first heading over the impressive bridge away from Rio to Niterói - a lovely quiet city of about a mill or so on the opposite side to Rio. And what a view of Rio they have on a clear day. Spectacular photo opportunities just everywhere but especially up on a high ridge we went to at a hang gliding launch pad. After lunch we headed back to Rio city centre and then to Sugar Loaf mountain which sits at the entrance to the big Guanabara Bay.

Street after street of fabulous but rundown Portuguese architecture, all covered in gang graffiti ’tags’. At least most are still standing. They may not look too pretty but they can easily be renovated given a steady political environment, some cash and lots of energy. But as bad as some areas look it still has an amazing feel. Never before have I seen police cars driving around with rifle barrels sticking out of the car window. We walked in some ‘local’ areas but there were many others the guide said he would not go, but having said that, there was a large police and security presence.

The big ticket item was Corcorvado mountain - Christ The Redeemer was everything they say about it. I could spend a page writing about inefficiencies of tourist operators but I'll stay positive.  Up the hill we bounced on cobbled roads for about 20 mins in Mercedes mini vans to the visitor centre at the top. From there you walk through the shop and get into more minivans for the last 500 metres where you take a lift about 10 floors up right under the statue itself. The saying is ‘you don’t know what you don’t know’ and it’s quite correct. I didn’t know what the experience would be on such a stunning day until we walked out on the packed platform at the statue base. Yes it’s big but the view is probably the most gobsmacking view I have ever seen in any city I have been to as yet - and it was unexpected. Also it is impeccably situated, as in almost any Rio city landscape photo you take, there it is - Christ The Redeemer in the background welcoming you to the city as it was designed to do so many years ago. Views over Ipanema, Copacabana, Rio city, Guanabara Bay, Sugar Loaf mountain, and across to Niteroi were stunning. The photos I have uploaded her will not express the moment fully. Now having said that, a cloudy day might give you a completely different experience so choose your moment with Sundays being a little quieter than Saturdays I am told. Watching the aircraft weave in around the hills to land at the domestic airport at the harbour side was incredible as was watching planes take off and sharply turn left to avoid Sugar Loaf mountain.

We travelled to Copacabana and Ipanema Beaches, Santa Theresa arty-farty bar/cafe area at base of Corcovado statue and down the famous tiled Selaron Steps - named after a man who spent 26 years tiling a steep rise of concrete steps with all sorts of coloured tiles and then committed suicide sadly. We had a cold beer at the bottom - as you do. All in all a great experience had in Rio and a place I hope to return to another day and stay a little longer next time. But I suggest you do go with a guide until you get a feel of the city and be careful if traveling alone. As in every big city, travel smart! 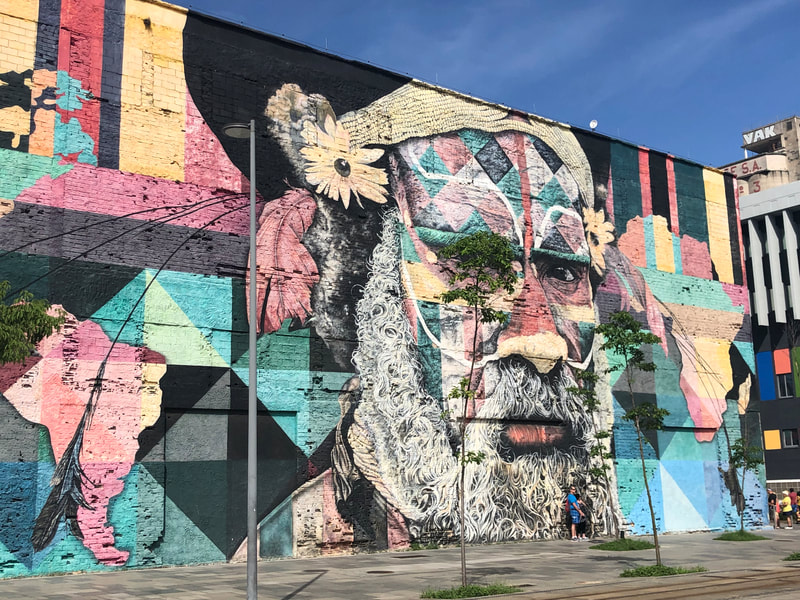 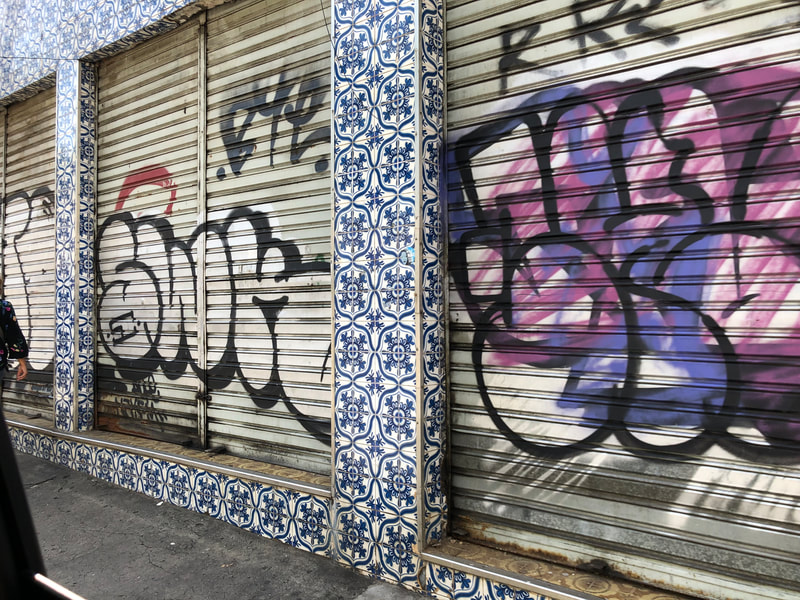 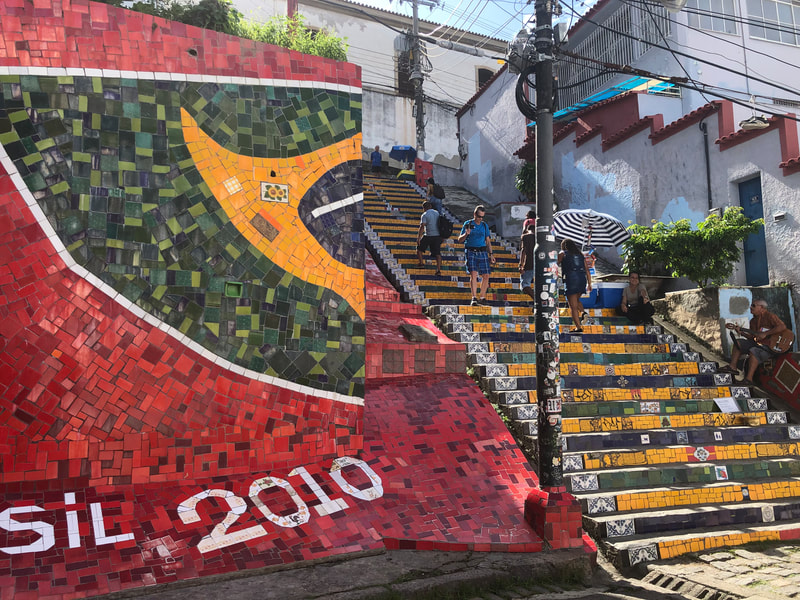 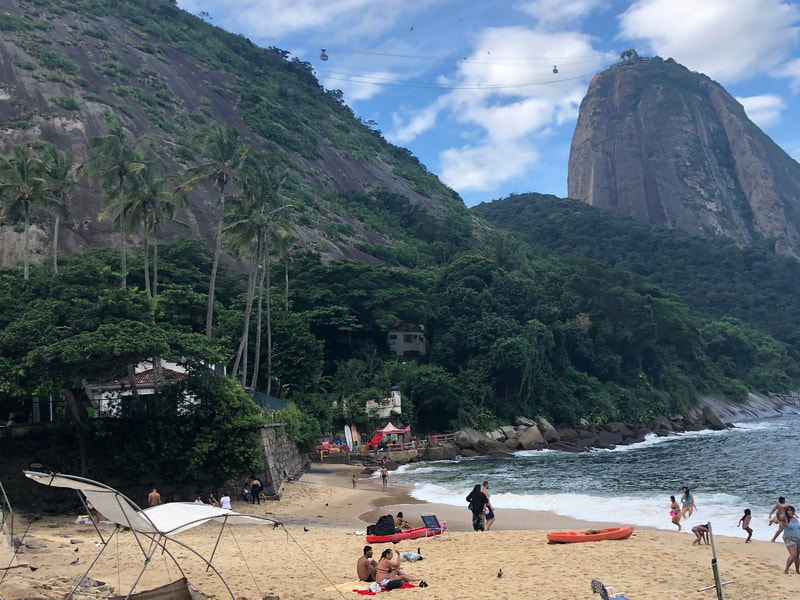 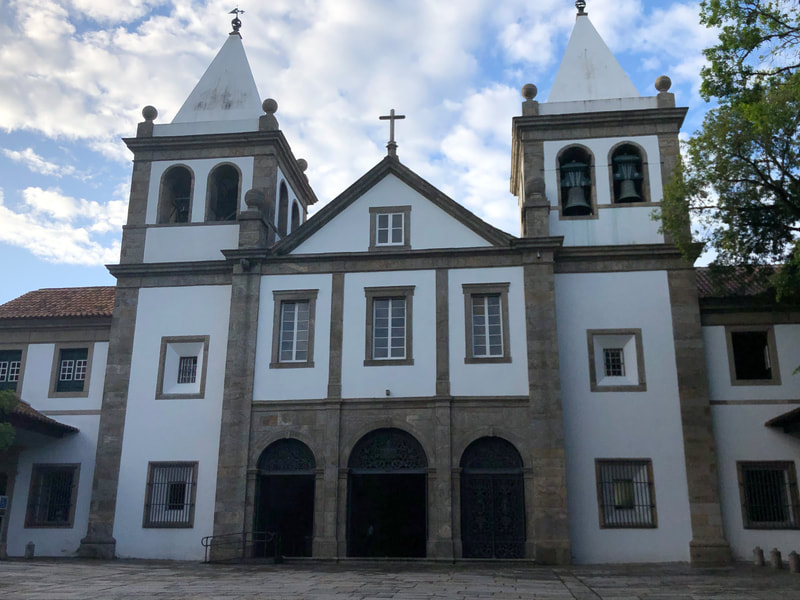 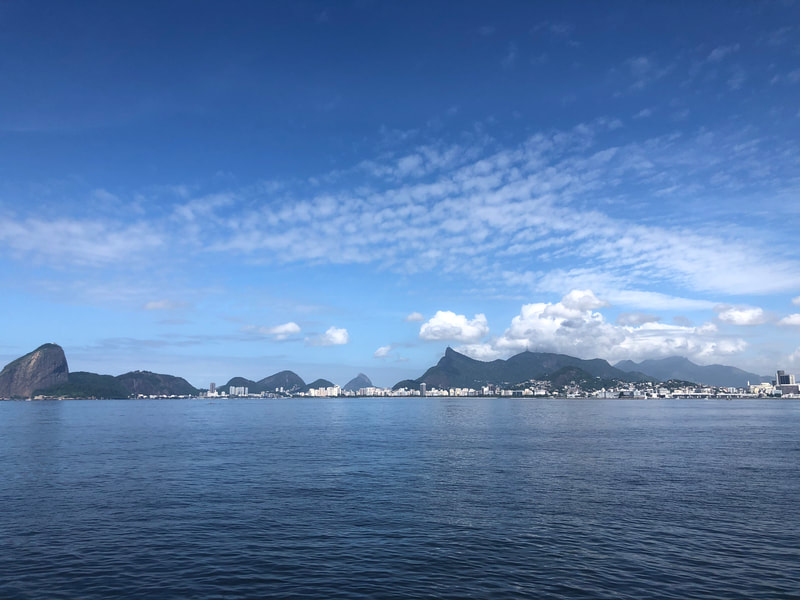