I could see the small marquee on the wharf as the ship approached. Pressed uniforms and medals and stripes of rank galore. A lady beside me watching said “that’ll be families waiting to meet some of the crew on board - just like the Philippines”. “Mmm ... don't think so” thought I. About 25 people sitting on chairs under the marquee- complete with a huge full colour banner saying ‘Welcome Seabourn Sojourn’ in my opinion gave the game away - were waiting to greet us as it was Sojourn's inaugural visit. It didn’t take long for the ship to respond and not long after we had tied up, the Captain and about ten other officers were on he wharf. There were traditional dancers and music with a formal welcome by military, police and the Mayor. The ceremony was in full swing by the time we came off the ship. These smaller places don’t see the high volume large cruise ships but are very happy to have smaller ships like ours visit their small town. Apparently plaques were presented by the ship as well as our hosts - and a trip to the bridge will show the corridor of plaques attesting to the places the ship has been to..

There was a market just off the wharf where music was being played live by group with guitars and an electric violin. The music travelled a long way! Our wonderful Cruise Director who has a superb voice told us she’d gone down and they asked her to sing as a joke as she walked past so she picked up the microphone and gave them a song. A great performance we hear. 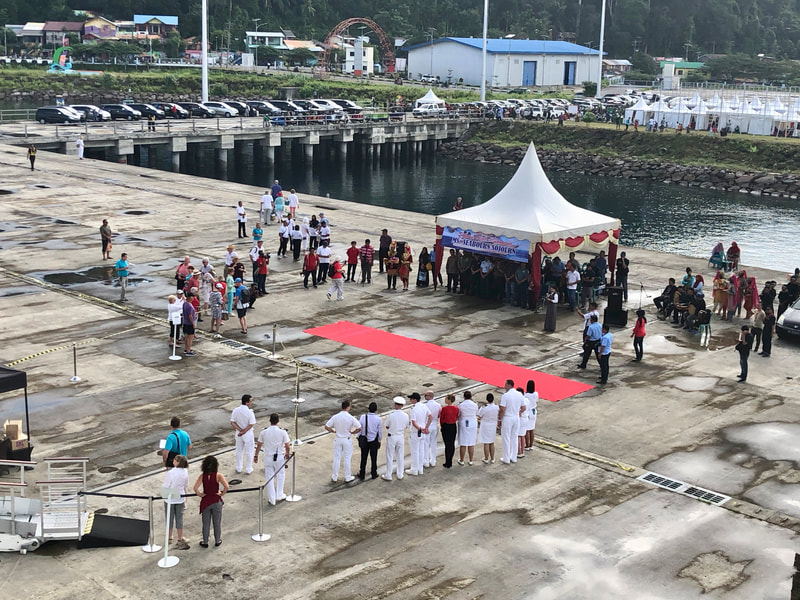 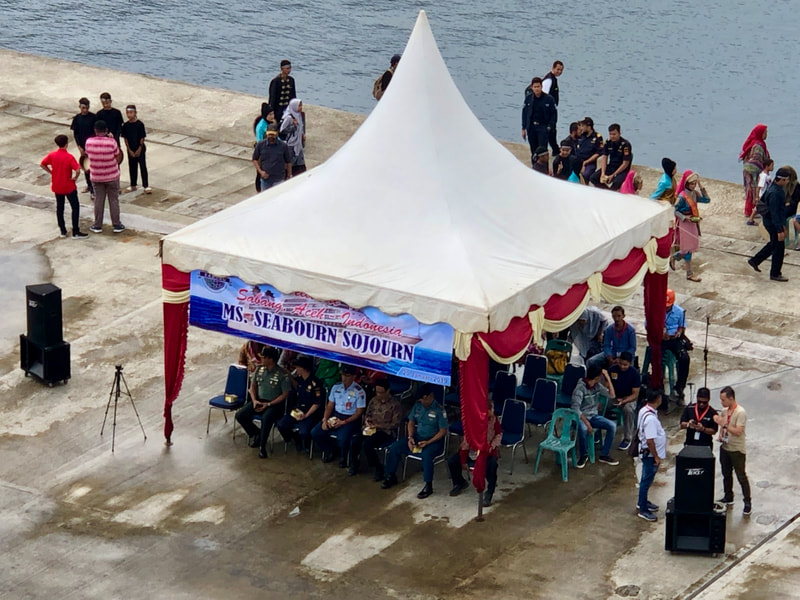 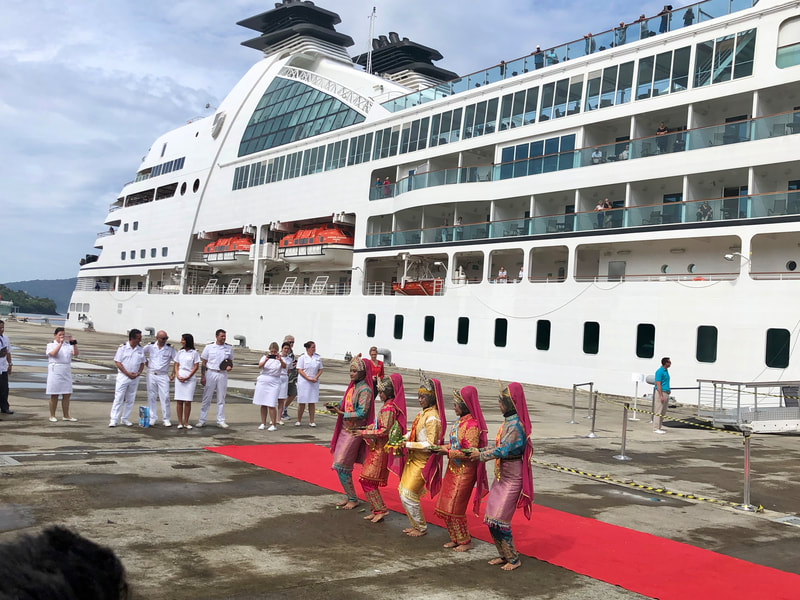 ​
The town is not big but the locals were friendly and smiling mostly. We walked the two main streets in the heat of late morning and took photos and chatted to other passengers as they passed. There is not a lot there to see but Weh is a pretty island and has a lovely beach over the hill from Sabang township  that we didn’t see but heard about  People were buying bits and pieces from here and there and we found some lovely art at the wharf market. So a little money was contributed to the local economy which is what we like to do especially in places like this where some focussed dollars can go a long way. Sabang is part of Aceh province but not directly exposed to the Indian Ocean, so were thankfully protected when the tsunami struck 15 years ago on Boxing Day 2004.

I stood up on the observation deck above the Bridge as we cast off chatting to an English university professor who was  onboard guest speaker. The electric violinist was playing loudly wharfside giving us a great send off as we dropped mooring lines and pulled away.  The professor said ‘Do you recognise the tune they are playing? Perhaps they know something we don’t!’ I paused for a minute and then laughed. ‘My Heart Will Go On” - from movie Titanic! Probably the only sea based song they knew - and  they played it twice! 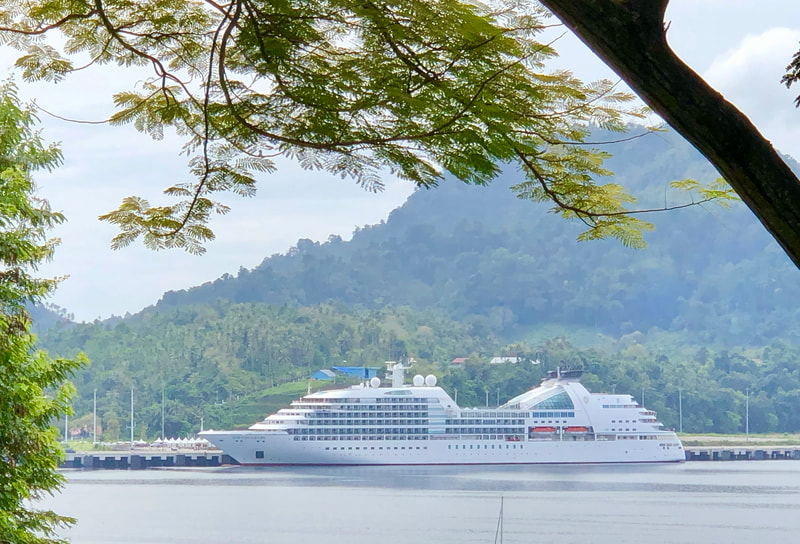 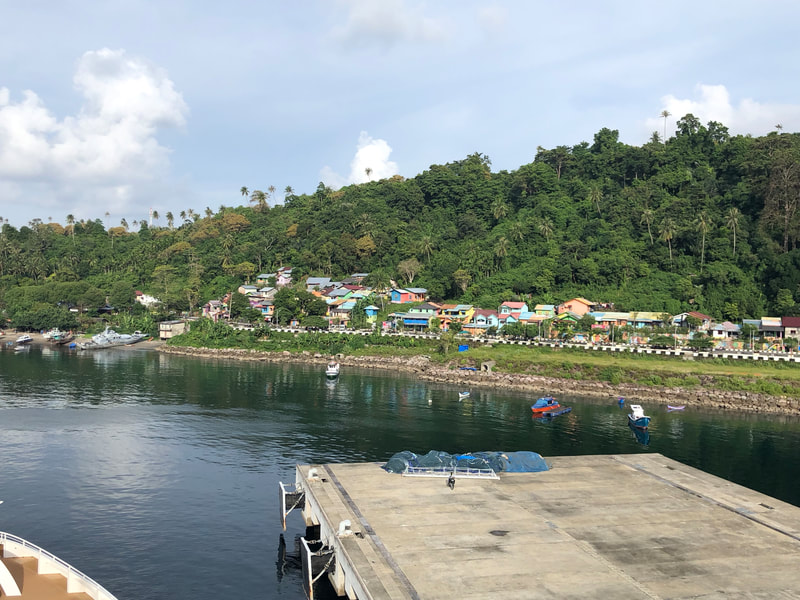 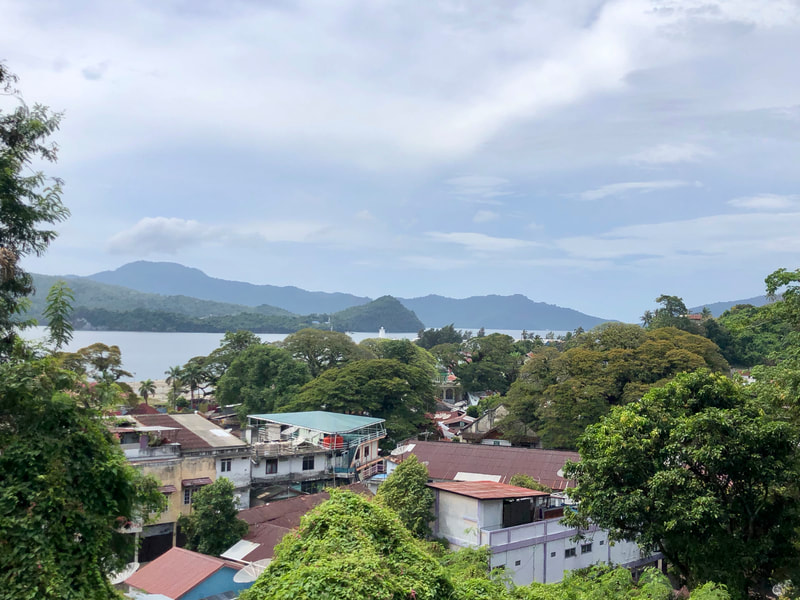